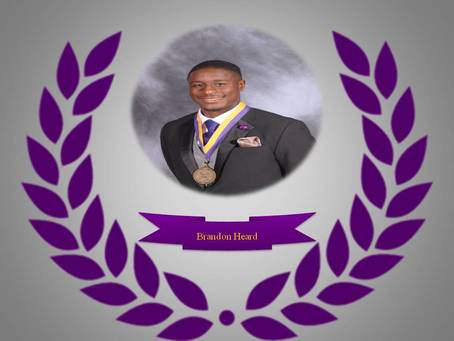 Brandon Heard was born April 30, 1986 in Birmingham Alabama to Ms. Staci Heard and Mr. David Hopson. Brandon attended Wenonah High School and participated in Track, Football and Baseball. After transferring from Alabama State University, he became a valued member of the Miles College Golden Bears Baseball Team in 2006, under Head Coach Kenneth Hatcher. Brandon became a star outfielder and team captain. He received multiple NCAA Honors for leading the nation in Batting Average, Steals per Game and On-Base Percentage in 2006 and 2008. He was selected to The SIAC 1st Teams 2006-2008 and named 2007 SIAC Player of the Year. Brandon made strides in the classroom as well, making the Dean's List in 2008 and 2009 and graduated from Miles College in 2009 with a B.S. Degree in Accounting.
Brandon currently resides in Birmingham with his loving wife LaQuita Nash-Heard and two children Brandon and Braelynn. A devoted baseball fan, he continues to coach and mentor the youth about life and the game he grew to love. Brandon considers becoming a member of Miles College Hall of Fame an incredible honor and would like to thank everyone for his success.