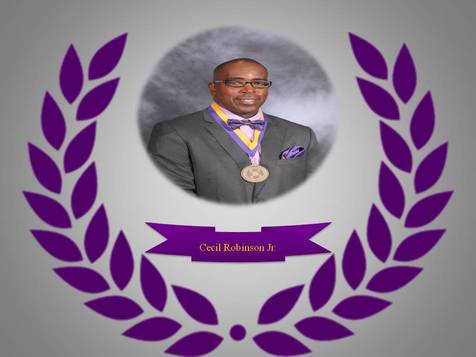 Cecil Robinson Jr. came to Miles College from Linden High School in Linden AL where he participated in Football, Basketball, Baseball and Track. He received a scholarship to Miles College to play on the Bears Golden football team. He also, played corner back under Coaches James Harris and Theo Dansby from 1980 to 1984 and was selected to the SIAC conference 2nd team.
Since leaving Miles College, Cecil has worked at A. L. Johnson High School and R. C. Hatch High School as Football and Asst. Basketball coach for 28 years. His community involvement includes being a volunteer football and basketball coach and referee with the youth recreation for the City of Demopolis, AL. and his High School Alma Mater. Cecil worked with the University of Alabama football camps and helped to clean up debris after the 2011 Tornado in Tuscaloosa, AL. He's a member of Alpha Tau Chapter of Omega Psi Phi Fraternity.