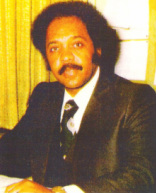 Harold Boykin (2013)
Harold Boykin, a member of the Miles College graduating class of 1958, says his experiences as student here were instrumental in his achievements in becoming an educator and award-winning high school athletics coach. Though Mr. Boykin did not participate in college sports, he admired the playing style and on field strategies of the Golden Bears teams. Harold Boykin became a teacher in the Birmingham Catholic school system after graduating college, and had the opportunity to serve as a biology teacher and high school basketball coach. Between 1964 and 1973, using the guidance received from Miles College coach Oscar Catlin, Harold Boykin was named Coach of the Year for Division A basketball on five occasions. In 1973, his team won the state championship for One A division basketball, and he was again named Coach of the Year. Mr. Boykin left the classroom and the basketball courts in 1975, when he was selected as principal at Holy Family High School. He participates in several community organizations, including the Boy Scouts of America, serves on the board of directors for the Birmingham-Jefferson County Transit Authority and Rainbow Ministries, and is a member of the Diocese of Birmingham Office of Black Ministry and the Knights of Peter Claver. Harold Boykin has enjoyed his over 30 years as an educator, and believes he has many more years to continue making contributions to the community.