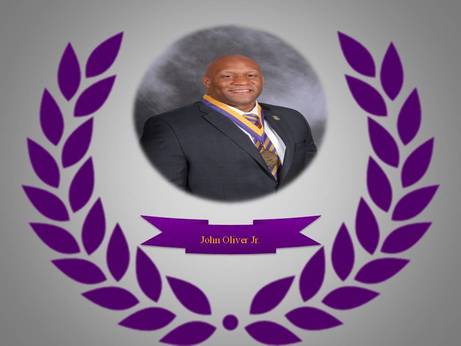 John Oliver Jr. graduated from Miles College in December of 2003. He brought honor and recognition to Miles College through football and track. John Oliver played Linebacker under the Headship of Cecil Leonard and Wade Streeter. He was recognized by the Southern Intercollegiate athletic conference as an All-Conference Linebacker. He also received accolades such as: Team Captain, Team Most Valuable Player (MVP), Defensive Most Valuable Player (MVP), six-time SIAC Defensive Player of the week, and a nominee for Black College All-American. After receiving a Bachelor's in Business Administration and currently pursuing a second Masters in Education M.Ed., he has been teaching Personal Finance, Business Law, and Law & Society for the last 12 years. John Oliver is also an officer in the United States Army Reserve. He is married to Jennifer Oliver and their son is John Shelton Oliver III