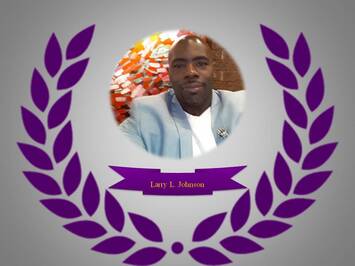 Larry L. Johnson (2019)
Larry Johnson, affectionately known as L.J. by Miles College family and friends. A native of Southside of Chicago, where I currently reside with my wife and four daughters. I'm the only male on either side of my family to graduate from college. I attended Miles College and played Defensive Tackle under Coach Cecil Leonard. I was All SIAC, being selected to the 1st Team Defense in 1997 and 2nd Team in 1998. All SIAC pre-season 1998 and 1999. Pre-season Black College All American 1998 and Defensive Lineman of the year 1997. After graduating, I returned home to work as an educator in the Chicago Public School System, which I am a product. I'm involved in the overall education of young people. I teach social science, coach basketball, and mentor males ages 8-18. My community involvement, in addition to mentoring the youth in my community. I am an active member of Phi Beta Sigma Fraternity Incorporated and serve as a youth leader at my church. Educationally, I received a Bachelors of Arts in Mass Communications from Miles College (Fairfield, Al), and Masters of Arts in School Leadership from Concordia University (River Forest, IL). Currently, I have started my doctoral studies in Educational Leadership at Concordia University. Finally, I'm grateful for being nominated to be inducted into Miles College Sports Hall of Fame.​