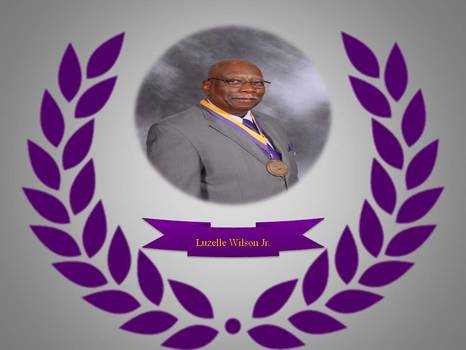 Luzelle Wilson Jr. 2015
Luzelle Wilson Jr., came to Miles College after serving his country in Viet Nam. He served in the U. S. Marine Corps. He came to Miles College because of the reception he received during his first visit. He was a student activist on campus. He was one of the students who picture can be seen in the 1969-70 yearbook greeting Dr. Pitts at the Birmingham Airport, with the news that Miles College had received its First Accreditation.
Luzelle, lead a group of Veterans on campus to Dean Arrington's office to protest the college not observing Veterans Day. Through his efforts the Veterans were granted excused absences from classes on the day that honor them for serving their country. The protest was successful and remains in effect.
Luzelle has been a supporter of Miles College Athletics since 1969. He is retired from as County Director of Medicaid Transportation Program. He and his wife have been Season Ticket holders from inception of the program.