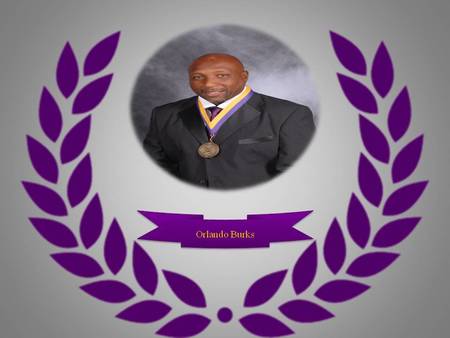 ​Orlando Fitzgerald Burks
Orlando Fitzgerald Burks was born in Los Angeles, CA and is the proud son of Mr. and Mrs. Joe and Carrie Burks. Orlando received his early childhood education in the Selma City Schools System. He graduated from high school with an advanced diploma in 1987.
Orlando started playing Little League football and baseball for the City of Selma at the age of 9. The older he got, the more he liked the sports. He also played during his Junior High and High School years. During his senior year, he was named Captain for the Selma Saints Football team in 1987. During this time, he received a scholarship to play football at Marion Military Institute. Orlando played football and attended Marion Military Institute for 2years. In 1989, he transferred to Alabama State University. Orlando only stayed a year at ASU and later enrolled in school at Miles College. Orlando was an outstanding athlete for the Golden Bears football team and baseball team. During his tenure at Miles, he was a four year Letterman in football and a two year Letterman in baseball during the years of 1990-1993. In 1997, Orlando graduated from the historic Miles College with a Bachelor of Arts in Communication.
Orlando love for sports continue throughout his adulthood. He is currently the Athletic Director for the Birmingham Gators Youth Travel Basketball Team and Director for the City of Birmingham Parks and Recreational Martin Luther King, Jr. Center, where he has served the city for 16 years.
Orlando is the proud father of five children: Briana, Jalia, Jacobi, MaKayla, and Orlando Jr. He is the loving brother to a sister, Tara De' Shan Burks and the proud uncle of nephew Jailon Austin. He is also a member of Omega Psi Phi Fraternity, Inc.